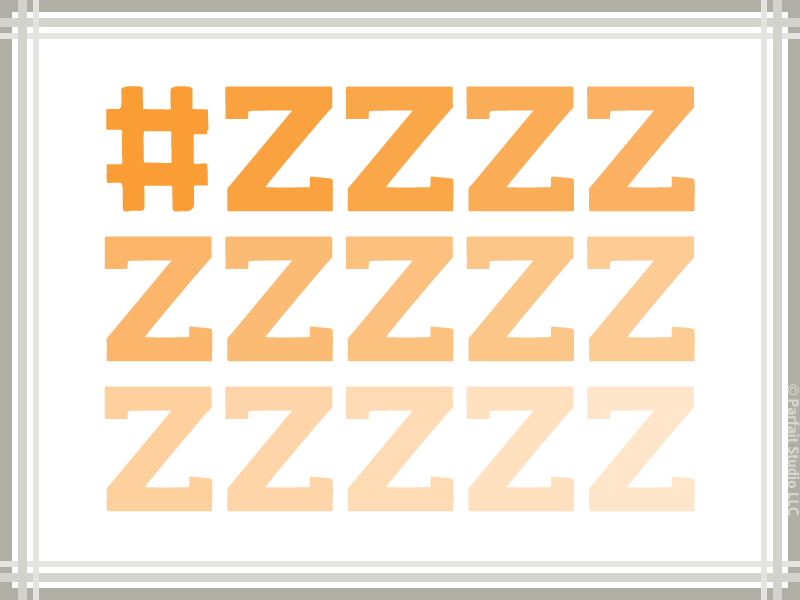 It’s hard to believe, but we’re coming up on the hashtag’s tenth anniversary. Love them or hate them, these social media standbys have been around long enough to seep into our collective subconscious. But has the hashtag forever changed the way we write and communicate?

The punctuation formerly known as the pound sign has made its mark…permanently.

We’ve memorized its spot on our smartphones. We’ve accepted the fact that our posts are cluttered with references that will forever go un-clicked. We’ve laughed at pop culture references that mock the pervasiveness of hashtags.

And, still, we continue to use them.

I’ve come to a semi-grudging peace with these harbingers of wit, wisdom, and gobbledy-gook. Full disclosure: I even use them, sparingly, if it makes sense to do so. Still, the wordsmith in me cringes when I see those four intersecting lines, #followedbyastreamofconsciousnessthatmakesmecrosseyedandgrumpy.

I’ll admit, it’s fascinating to watch the overnight evolution of the English language…but has this sentence shortcut made us unbearably lazy? Let’s go back to where it all began.

The hashtag’s history is a brief one: in 2007, Google employee Chris Messina tweeted that the pound sign could be a quick and easy way to tag groups or channels of information. This way, people around the world could easily search for, participate in, or eavesdrop on a news item or conversation topic. Makes sense. If I want to seek out a recipe for #veganfondue or have a good giggle at #theinternetnamesanimals, I tap a few key words into Twitter, Instagram, etc., and get instant results. Sweet! But the story doesn’t end there.

Corporations latched onto the phenomenon as a potential goldmine, and hashtags appeared on everything from Facebook ads to financial reports. The trend ballooned beyond the confines of social media platforms, and even wandered offline. These days we don’t blink when a hashtag emblazons the side of a bus or sneaks onto a coffee sleeve…it’s what we expect.

Once folks started creating and using their own hashtags, they began to dominate social media as a sort of background commentary. We use them for humble bragging (#soblessed), when publicizing a blunder (#mommyfail), and to make mundane daily observations (#cantlivewithoutmycaffeinefix). With multiple hashtags in play, our news feeds resemble alphabet soup on acid. The original message — if there is one — is often muddied.

On the flip side, a hashtag’s power can be harnessed to great effect, whether the intended response is laughter (#misheardlyrics), outrage (#pigtrial), or even a major shift in social consciousness (#blacklivesmatter). Some hashtags are shorter and easier to remember than website addresses — plus, we can generate them on the spot — no domain name purchase required. Okay, so they’re not all bad.

In fact, research shows that savvy marketers use hashtags with good results. But how do our followers respond to hashtags, and how many should we use? Experts don’t always agree on the finer points, but two hashtags seem to hit the sweet spot. Any more or less, especially on Twitter, may decrease the impact of your tweet or post. A smart rule of thumb is to include hashtags only when they truly enhance or add context to your message. If you’re creating one for professional use, do it with care or — better yet — ask a writer to help you brainstorm. And, most importantly, know your audience! Some users don’t have an issue with a post that’s up to its ears in hashtags, while others will run for the hills if they see more than one or two.

I’ll doctor up one of my Facebook posts as an example: let’s look at the original post (a longer paragraph with a single hashtag vs. a shorter post with multiple hashtags). Which do you think is more effective? 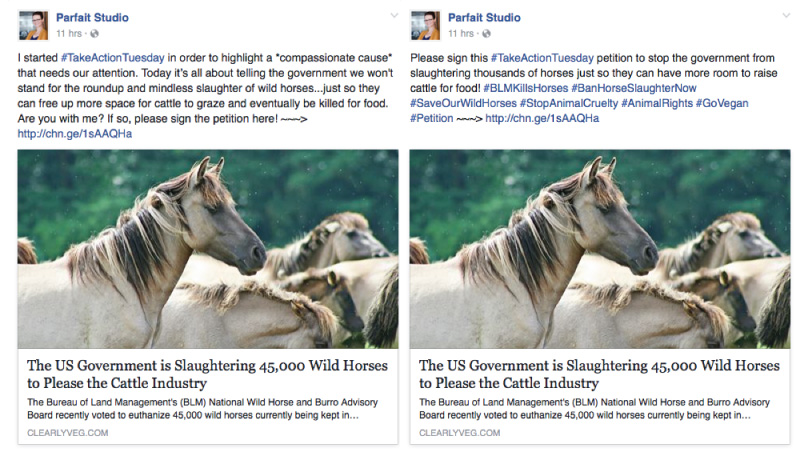 All right, let’s assume you like the idea of cutting back on your hashtag habit. So what’s a tagger to do? Well, as a gift to our eighth grade English teachers, we could take a stab at original thought formation. Try tucking that hashtag’s sentiment into an actual sentence — one that stands a chance of being read and remembered — while proving to the world that we still have the ability to use our space bars!

In fact, the next time you tap away on your keyboard or screen, I challenge you to do just that: write a hashtag-free post. Go on, I know you can do it…really, you can! See if it forces you to dig into the core of what you actually want to say. And, darn it all if your post doesn’t look prettier, to boot.

Lastly, if you’re looking for a savvy wordsmith who can refine and enhance your message, without resorting to hashtags, you know what to do. Or, should I say #wordsmithforhire? Whatever works.